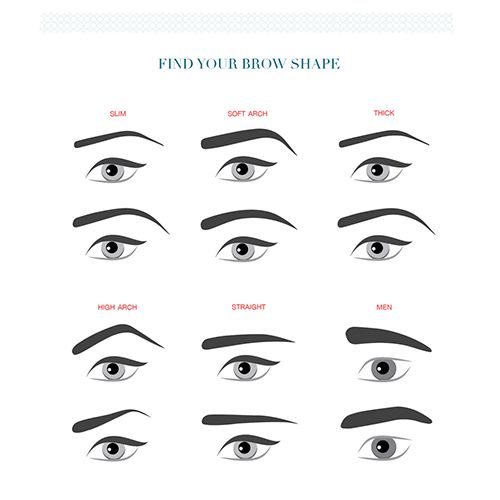 The Power Of The Eyebrow

When we were planning our wedding in the Spring of 2010, a weird thing started to happen to my eyebrows, well, actually, just one eyebrow. I still don’t know what caused it, but I started to lose half of one eyebrow. Most likely it was due to the stress of what was happening at the time (fiance was hit by a car the month before, we had serious doubts the wedding was going to happen, he couldn’t stand straight or walk without pain, my wedding dress showed up glued and in different colors/fabrics, etc) as with any good wedding. I looked like I had stepped out of the 90s where people used to razor blade fade their eyebrows. But over time, and with the wedding behind me, my eyebrow did eventually grow back.

Then came motherhood and all the hair losing glory that brings, not just on my head but I noticed my eyebrows started to get thinner over time and with each baby. My head hair has gotten so much thinner than it was before kids that my Pocket Grandma (Definition: Grandma who is of pocket-size) has mentioned it on this last trip to Taiwan, but I digress. Back to the eyebrows. A few months ago I looked into Microblading. This isn’t something new, though it’s more popular here in the USA in recent years but it’s been around Asia for a long time. I liked the idea of filling in my brows a bit more and not having to worry about them if I don’t put any makeup on for the day. Pain and fear has never stopped me from trying something so I threw caution in the wind and decided on our trip to Taiwan that I would get it done.

What is Microblading? It’s basically a semi-permanent eyebrow tattoo. But not like the kind that you think of when you think of tattoo makeup. It’s not blue, it’s not faded looking and won’t age poorly. It’s not your mother’s tattoo makeup. But yes, it is a tattoo as it is applied by puncturing your skin with a needle and pigment. Your eyebrows are numbed with local anesthetic so you won’t feel anything. If you do start feeling something, you need to speak up and let the person working on you know.

Why Microblade? Mostly because I am lazy and time is like gold. I don’t wear makeup all the time and I hate having to fill in my eyebrows when I do. The $3 ELF brow palette, no matter how cheap and easy, was still an extra step. Having thicker and fuller eyebrows help eyes look younger, or so the rumor on the streets tell me. And when you are inching up on middle age, every bit helps. I also have one eyebrow that is higher and one that is longer than the other one — and of course, they are not the same eyebrow so I wanted to use this opportunity to get them evened out. It was a great way to get a better and more symmetrical shape for my brows.

The usual cost for Microblading to be done in the USA is around $600. Which isn’t horrible, but it’s pretty steep for something that is semi-permanent and if you end up hating it, it’s a hefty price tag. In Taiwan, where I had mine done, the cost was just over $200 USD. I found a place called Lily Brows Taipei on Facebook, which had good reviews. I was able to communicate with Beau in Mandarin Chinese and English and everything went off without a hitch. Her place was very clean, she explained each step, everything was new and sterile, blade came from sterile packages, as were needles. Obviously, you don’t need to travel overseas to have yours done!

Left is the before, no makeup. Right is my eyebrows right after Microblading.

This is 4 weeks out, fresh faced and not a stitch of makeup on. Overall, I love it. I think I would have preferred if it was a just a tad bit darker, but I am not about the super dark and thick ombre eyebrows that look awesome on the 20 somethings but I am doubtful they would look great on me. After all, what doesn’t look good on 20 somethings? But that’s not true for someone in their late 30s. I also think that my one eyebrow could just be a teeny tiny smidge longer but other than that, I give it: a solid A. I would recommend it for anyone considering doing it, just make sure you find someone who will listen to what you want and provide a clean and safe environment.